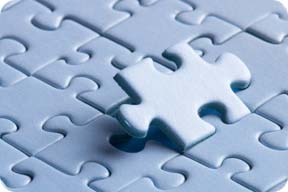 I was raised in Massachusetts in a Catholic home and went to church and CCD classes every weekend. However, I never really got anything out of going to church. Church was always sitting in a boring building and I got to the point where I used to pretend I was sick or sleeping on Sunday mornings or running away from home so I wouldn't have to go. When I was in eighth grade, my parents switched over to a Lutheran church where I made my confirmation, but I still didn't get anything out of church even throughout Catholic high school. I spent most of my high school years at parties drinking and making new friends and sometimes smoking pot.

When I went away to college, I drank a lot my first year because there was so much of it around and it was free. College was a whole different world because that is where I first received my overdose of science. I had always liked it in high school, but in college, I didn't have many options for classes besides math, science, a few humanities classes and some management classes (it was strictly an engineering college). I got to a point where I would come home on break and argue with my father that just because we couldn't figure out how we got here now, eventually we would get the technology to answer those questions because the more time goes on, the smarter people get. I had nothing to do with church throughout college and looking back, I would probably classify myself as an atheist back then. Or probably more an agnostic; there was either a God at one time that created us or that's just a label humans use to quantify something they can't understand. I thought of God as an excuse for searching for the real truth of how we got here.

After I graduated from college, I moved to Ohio with my boyfriend because he was offered a good job and I decided to go to grad school out there. While in school, my grandmother got cancer and was going to die. I went home to see her and my sister and I were talking about where she was going to go after she died. We both asked her, in sort of a joking way to give us a sign if there is anything else. After she died, I started thinking a lot about what happened to her. I read my Bible at times careful to hide it from my boyfriend so he wouldn't think I was a total freak. Three months later, I made a New Years resolution to start reading a chapter of the Bible every night and I didn't care if he thought I was crazy or not. I think it was through my reading that I started learning what Christianity was really about. And ironically, it had little to do with my church experience. In fact, I felt like I was reading stories about Jesus I had never read before. However, I was still stuck in the mindset that I had to DO something for God. I could not get that thought out of my head for months. So that December, my boyfriend and I drove down to Florida for Christmas that year and I didn't know that he had been thinking about the Christianity thing. In fact, I later found out that he had been listening to a tape on his way home from a ski trip with his dad and he was pretty sure he was a Christian. I was so close at this point and I wanted to give my life up to God but I didn't know what I had to DO. I remember listening to this message on the radio about how we can't earn it at all (that is all I can remember about the message). I was real quiet for the rest of the ride and I just prayed a lot because I was so frustrated that I wasn't getting how easy it really was. So that night, I had this strange dream and when I woke up, I just knew the meaning of it all, I didn't even have to think about what it meant. I was trapped in this pit of snakes (or sin) and there was no way for me to get out. So I was pretty sure I was going to die (and I am deathly afraid of snakes so I would have probably had a heart attack before they even bit me!). Then, I saw one of my friends up above me on this platform thing in the ceiling and they helped me out and I didn't end up dying. I think that friend was suppose to be Jesus and it was a pretty simple dream, up/Heaven, snakes/sin, friend/Jesus and it just made total sense to me that I haven't turned back since that night.

So from then on, I began studying the Bible as much as I could. I started to see that despite the fact that I thought I was a good person, I was still a sinner. I used to think that everything would all work out in the end. If I did enough good things or at least was as good as or better than most people, I would go to Heaven if there was one. But reading the Bible showed me a completely different perspective. I began to learn that God is perfect and He cannot tolerate sin in His presence. In order for Heaven to be Heaven, it has to be perfect there. And I cannot make myself perfect. But Jesus can and He came here to die on a cross and take away my sin away with Him and erase it. And from that point on, when God looked at me, He saw Jesus' perfect life instead of my sinful life. It was kind of a trade of my sinful life for Jesus' perfect one. And with that followed a desire to learn more about God and what He had to say about the best way to live this life and to allow Him to change things in my life that were not right instead of me just deciding what I want to do based on whatever ambiguous thing like feelings or what I liked at the time, etc. And most importantly, that no matter what He did love me. I will mess things up for the rest of my life but my heart has been changed and my true desire is to follow Him and do His will not out of fear of where I will go when I die but because I love Him. I love Him for taking my sin away. I love Him for dying such a painful death for me when He didn't have to. I love Him because He loves me. And I know that I am never alone. No matter what happens in this world, He is always with me and will be forever.

Critical Questions
What is the purpose of my life?
What is the gospel?
Am I good enough to get into Heaven?